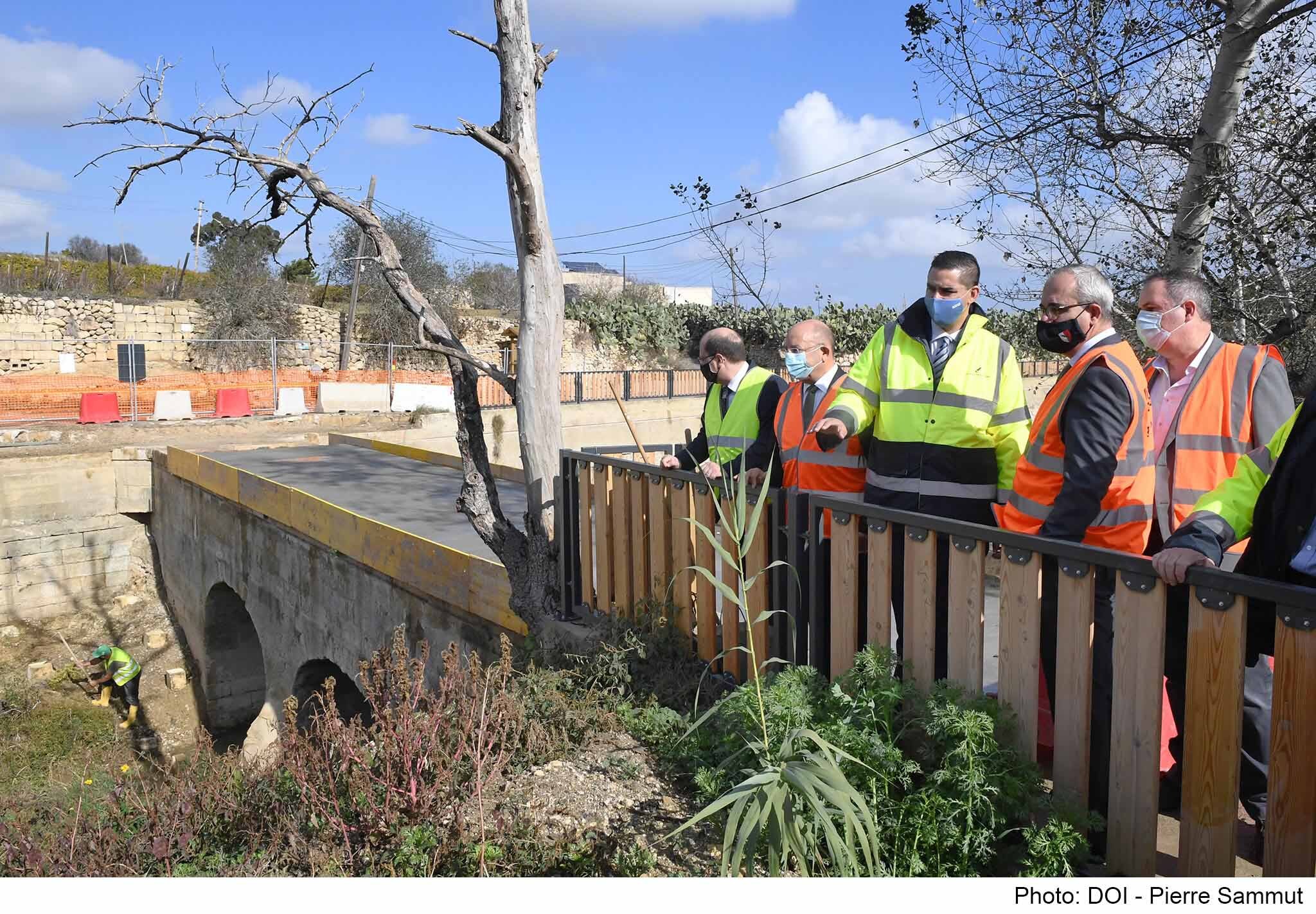 Infrastructural works at the Chadwick Lakes and the roads leading to it are being undertaken by Infrastructure Malta in collaboration with the Energy and Water Agency. The latter is already implementing a Eur5million regeneration and rehabilitation project in the area. The works by Infrastructure Malta mainly consists of rebuilding part of the bridge crossing the Chadwick Lakes watercourse in the Ta’ Slampa area of Rabat, and also to repair structural damages which have recently necessitated its closure. Also, by this collaboration, the roads leading to Chadwick Lakes will be resurfaced.

This crossing consists of a twin-arch masonry built in the late 19th century when the Chadwick Lakes were formed by the British engineer Sir Osbert Chadwick. In the 1980s, the bridge was widened by laying a separate precast concrete deck on top of its original structure, to facilitate safer access to farmers’ heavy agricultural machinery. Infrastructure Malta is replacing this 1980s bridge deck with a stronger, longer-lasting precast concrete structure. It mainly connects the lane along the sides of the Chadwick Lakes watercourse, in which the Energy and Water Agency is implementing its project. The works on the bridge are being done with an investment of Eur150,000 and the plans are to be ready by the end of this year.

Minister Michael Farrugia said that with the progress that has now been reached, we are now entering into the final phase of this project spanning the course of 3 years. He further said that during last summer, other works related to the project were done such as cleaning out of landfills which by time accumulated in the valley. In fact on the other slope of the valley, there is now adequate room for greater water storage. Moreover, the plantation of indigenous trees was further carried out and in the next few weeks, the structural damages of the bridge which connects this valley with the localities of Mtarfa and Rabat will be repaired.

Minister Ian Borg said that the government is committed to improve the quality, efficiency, security, and sustainability of our infrastructure in Malta and also give life to areas that define our natural landscape in order to be appreciated and enjoyed by everyone. Parliamentary Secretary Stefan Zrinzo Azzopardi. held that with the investment of €5 million there will be a holistic regeneration of ‘Wied Qlejjgħa, also known as Chadwick Lakes and that it will attract quality tourism, and therefore this work will be essential to ensure that a place with a rich natural and cultural heritage can be accessible to all.